Senior housing in the UK offers huge opportunities to investors, but it is important to understand the market as it differs from other European countries.

The UK has one of the largest elderly populations in Europe and life expectancy at birth is 81.5 years, above the EU average. Demographic fundamentals are underpinning demand for senior housing across the board – yet provision is lagging.

“The total provision rate of housing with care for the population aged 75+ in the UK is 2.2% which is very low compared to France or Germany,” says Yuri Dobrovolskyi, head of senior living at BONARD. “The private provision rate in the top 20 regions in the UK is just 0.6% and in Greater London it is even lower at 0.2%, even though it will experience the biggest population increase in the UK in the next five years.”

“We estimate that five to six times more stock is needed to cover demand, so the growth potential is significant,” adds Frédéric Dib, president of Mozaic Asset Management.

Housing with care in demand

According to a new report by BONARD, the most in-demand segment is housing with care, such as retirement villages, targeted at the growing numbers of elderly people who are self-sufficient, but need some support.

In the UK care homes have a 50% share of the market with 450,000 places, BONARD research shows, while housing with support has 410,000 places. Housing with care is third with only 80,000 places, less than half of what is available in France and less than a fifth of what the German market offers.

‘The next wave of British seniors coming to the market in the next 10 years will have considerable means at their disposal.’

“We’re focusing on housing with care but the definition issue is very important, as there are many different descriptions,” says Dib. “Authorities, banks and investors all need clarity, so the new suggestion is the all-encompassing term integrated retirement community.”

“The under-provision is very clear and the question of finding alternatives to residential care is very topical.”

The idea is to keep people in their homes for as long as possible. BONARD’s research shows that investors are waking up to the demand and intensive construction of housing with care establishments is expected across the UK. “The UK has reacted well to the imbalance and is catching up, performing better than France or Germany,” notes Dib.

A total of 130 residences are in the pipeline in the top 20 regions in the UK, which will offer a total of 12,700 places. The provision rate is projected to increase from the current 2.2% to 2.3% in 2025, meaning that 12 out of 20 regions will experience an improvement in supply.

“We’re investing in retirement villages in the UK,” says Andrew Ovey, head of healthcare at AXA Investment Managers. “As the market evolves and people have more choice, there will be more provision of spaces that offer amenities and a good quality of life, rather than just meeting people’s care needs. An integrated retirement community goes well beyond the building you live in.”

The arrival of the baby boomer generation will transform the senior housing market, experts agree. This demographic cohort, generally defined as people born between 1946 and 1964 during the post-Second World War baby boom, has more accumulated wealth as well as different demands and expectations when it comes to retirement compared with the ‘silent generation’ that preceded it.

“The baby boomer generation is coming to the market and they want to downsize but they want bigger unit sizes,” says Nabil Aquedim, executive director at Goldman Sachs Asset Management. “They are also driving bigger schemes with more communal spaces, which makes more sense from an investor perspective, but it’s also what consumers want for lifestyle reasons.” 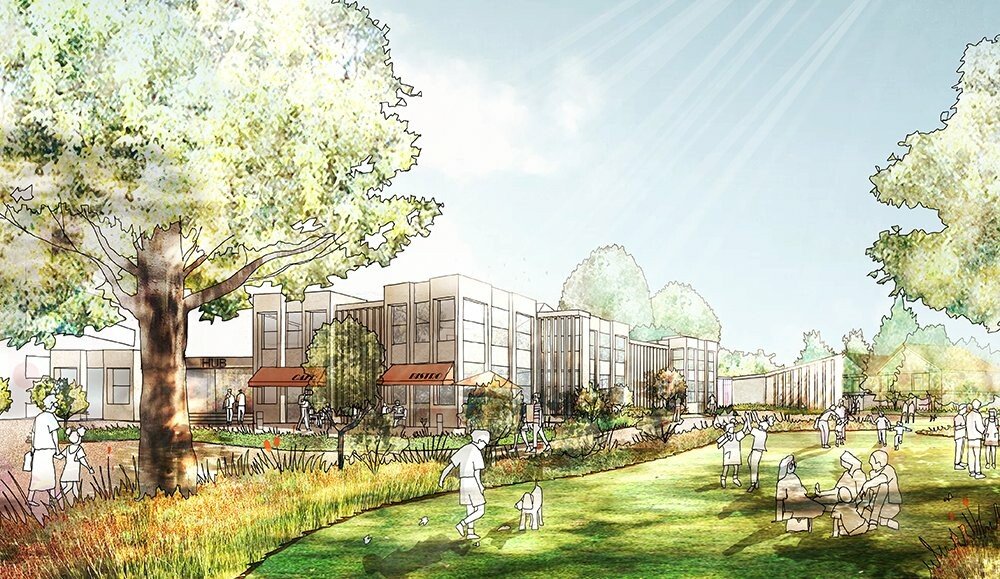 Supply will be geared towards more services, more diversity and more of a social life on site, he adds, so people can avoid loneliness and isolation and to fulfil the sector’s social purpose.

There will be more choice on offer in the market because baby boomers will be more selective and more assertive and they will focus more on services, amenities and quality of life in their retirement homes.

“The segmentation of the market will be even more pronounced with the baby boom generation coming on board,” says Dib. “There will also be more cross-fertilisation between different markets. Integrated retirement communities are the right answer for a large part of the population, but there will be different answers and different models.”

The UK market will be one of the most affected because of the wealth accumulated by baby boomers. “The next wave of British seniors coming to the market in the next 10 years will have considerable means at their disposal, especially property wealth because of the steep increase in house prices,” says BONARD’s Dobrovolskyi.

‘As the market evolves and people have more choice, there will be more provision of spaces that offer amenities and a good quality of life. An integrated retirement community goes well beyond the building you live in.’

BONARD’s report shows that the richest households in the UK are those in the age groups 55-64 and 65-74, who have more disposable income and a much more balanced allocation of wealth compared with those aged 75 and over whose main asset is property.

The private sector and professional operators have gravitated to the 20 more wealthy and populous regions in the UK, where 70% of all supply is located rather than in the main cities.This explains why BONARD’s latest Senior Living report differs from the previous two, which focused on the top 20 cities in France and Germany.

“We planned to do the same in the UK, but we realised that we were missing a big part of the picture, so we had to extend the geographical coverage to 20 regions rather than cities,” explains Dib. “It is important to focus on the specific place because senior housing will always be a local market”.

Different operational models exist in the UK and Continental Europe, but all are set to experience growth. In Germany and France the rental model prevails when it comes to senior living, while in the UK most units are for sale and the rest is a lease or shared ownership model.

“Investors look at things very differently, and a lease facility clearly doesn’t have the same risk/return profile as when you invest at development level in an operational platform,” says Dib. “Some countries would benefit from more rental properties, while France and Germany could do with more retirement villages.”

The research shows there are different needs depending on the age and the country in the senior housing market, just as there are in the wider residential market.

The sale/rent divide in Europe is also reflected in what kind and size of units are being developed. The average size of apartments is bigger in the UK, 51 sq m compared with 41 sq m in Germany and 44 sq m in France, and the projects in the pipeline tend to have even bigger sizes – an average of 93 sq m in the UK.

Consumer expectations have changed and the level of aspiration has increased. What was the norm a few years ago is no longer acceptable. “Some of our member companies don’t even build any one-bedroom apartments at all any more,” says ARCO’s Michael Voges. “They only build two- or three-bedroom units because people are younger, more active and they want to have guests and the rental option for larger flats would clearly be more expensive.”

‘Integrated retirement communities are the right answer for a large part of the population, but there will be different answers and different models.’

The person’s age determines their choices over whether to rent or buy, he adds: “A 75-year-old won’t rent a two- or three-bedroom apartment because at some point they would run out of money, but if you are 90 then it’s different.”

The sale model which prevails in the UK has its own challenges, while the rental market has clearer rules. Finding financing can also be a problem because lenders need the terminology and the topics explained, and demand a track record which many new players don’t have. “Lenders are still looking at the product like a housebuilder, with a pre-sale requirement,” says AXA’s Ovey. “This is tricky because our customers want to see the finished product before committing.”

But in such a fast-growing market there is room for both rental and sale products. “There are questions about whether to go for the for sale model or the rent model,” says Goldman Sachs’ Aquedim. “We think the market is vast enough to allow for both models to succeed, they can both grow and develop. It doesn’t have to be one or the other.”