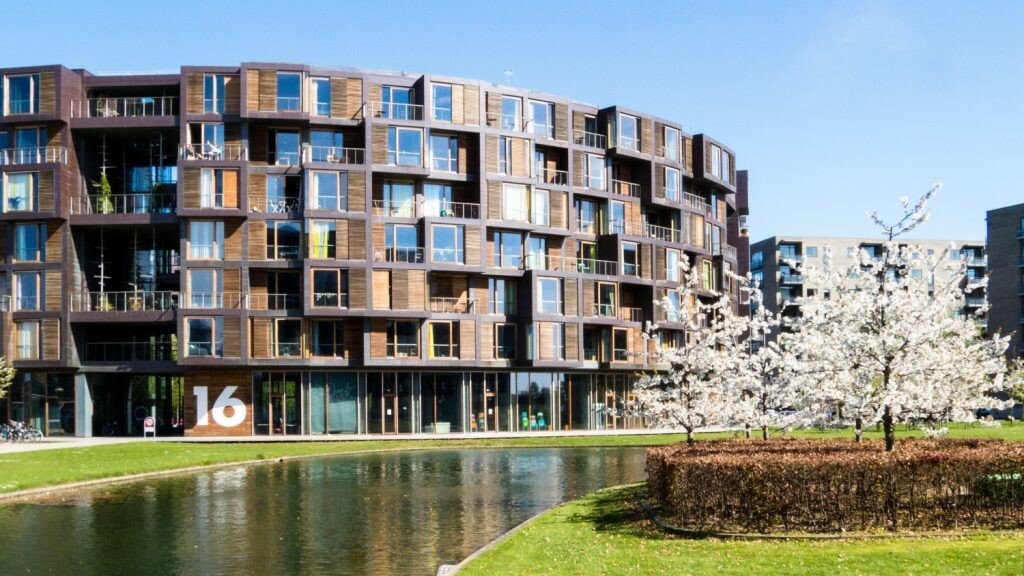 Resurgence in demand for micro-living and student housing

With the loosening of lockdown and the prospect of students returning to their campuses come the end of summer, there's good reason to think that interest in and the demand for micro-living units will come back to the front of investors' consciousness. The asset class never really fell out of favour, despite the pandemic, but there seems to be a new push to gain exposure to the category, given the crossover between student and young professional demand.

With the loosening of lockdown and the prospect of students returning to their campuses come the end of summer, there's good reason to think that interest in and the demand for micro-living units will come back to the front of investors' consciousness. The asset class never really fell out of favour, despite the pandemic, but there seems to be a new push to gain exposure to the category, given the crossover between student and young professional demand.

In the winter semester 2020/21 Germany had nearly 3m students registered at its universities - about 50% more than as recently as 2007/08. There is still a visible shortage of subsidised student living in the most popular German university towns. The market for branded student and shorter-term accommodation is still young in Germany, while there are about 500 project developments catering for 50,000 small apartments due to come on stream by 2025

A new study by the Hamburg-based proptech moovin has taken a closer look at the market for micro-apartments over the past twelve months. It shows that actual demand - whether from students or others looking for small accomodation - fell over the two main lockdown periods by 15%. Moovin's CEO and founder Fabian Mellin said, "With the current falling incidence rates and accompanying relaxations, and the universities' aspirations to return to face-to-face teaching, we forecast a steady increase in demand until September, with a peak in September"

Another paper, the 3rd Market Report of the Micro-Living Initiative, scrutinises the price levels across the range, from €261 per month to €1,793 at the top end, with the median price at about €489. The report confirms an average fall in rent of about 6% over the same period, with occupancy at an average 86% - down from 90% in the previous report - but sees a resurgence in investor interest in the sector.

The Micro-Living Initiative contracted market researcher Bulwiengesa with the research, who analysed about 23,500 apartment units across 112 separate buildings nationwide. Felix Embacher, Bulwiengesa's head of research and data science, said: "Last year, it was noticeable that specifically the residential apartment buildings in the temporary housing segment were traded, whereas the commercial concepts were traded significantly less. In the course of 2021, apartment buildings for around €500 million euros have been traded across Germany so far. By the end of the year, a pre-crisis value of over one billion euros is possible again."

Embacher said the challenge at the moment is to up the occupancy rate again, particularly at the pricier end. Many operators have taken to more aggressive online marketing, but are also granting incentives such as rent reductions or rent-free periods to tenants, tactics previously more usual for commercial property. He said that due to the Corona crisis, renting to students has become more difficult than renting to non-students, with the further away they come from, the more difficult it is to rent.

The German micro-living sector saw the belated recent arrival of a new player, the Swiss Artisa Group, whose grand plans, announced just before the COVID pandemic, suddenly hit the buffers. The plans for 15,000 micro-apartments across Europe, with 7,000 in Germany were to have kicked off last year. Right now the company is concentrating on developments for which it already has building permits, hence the slower rollout. Its first project with its brand City Pop is a project originally started by rival International Campus (IC) with its The Fizz brand, with 330 apartments. In Berlin's Friedrichshain district it bought a site from Wüstenrot Hausbau, likewise with planning permission.

Holger Hagge, the company's head of Germany, outlined the strategy: "Despite the time delay, not much has changed in our basic strategy for the German market. Our Citypop concept is aimed at a broad target group, but mainly those who would stay at least half a year with us. For example, in Frankfurt, the students, interns and employees of the university hospital across the street."

While the focus is on Germany's A-cities, Hagge said that B-cities such as Heidelberg, Regensburg, Ingolstadt or Nuremberg, were also obviously of interest.

International Campus also has ambitious plans to grow in the sector and have just hired industry veteran Gawain Smart as its new CEO, with current CEO Rainer Nonnengässer becoming chairman of the group. The company has 5,800 student housing ("The Fizz") and micro-living ("HVNS") apartments in operation across Europe, mainly in Germany but also in Austria, Netherlands and the Czech Republic. It's targeting more than 10,000 beds by 2023, and a further €1bn in investment.

The further unhindered growth of the sector will be dependent on clearing a number of hurdles, which the national association, the Bundesverband Micro-Living, has been trying to drum up unified support for.

For one, with each of Germany's 16 Bundesländer having their own specific building regulations, the association is calling for more uniform standardisation in construction. "This includes reliable regulations for car-sharing spaces and communication technology, a flexible parking space key and a life-like demarcation between commercial and residential concepts," the association says.

These different regulations from state to state are an "immense obstacle to investment, especially for developers operating throughout Germany", says the association's chairman Michael Vogt. This all leads to increased planning costs and delays in construction, and "ultimately translates into higher rents, which could easily be avoided."

The association is also lobbying hard on the question of when and under what conditions foreign students and workers will be able to enter Germany again without hindrance. "We demand solutions for foreign students and skilled workers, so that in the Corona pandemic they have reliable rules on when and how they can return to their place of residence in Germany," said Vogt. Workers and students from abroad are among the key target groups for many providers of micro-living concepts.

At a recent online briefing on student housing, attended by REFIRE, the mood for the sector was very gung-ho, with participants expecting a new wave of transactions as new and existing investors seek more access to purpose-built student accomodation.

According to Michael Neuman, vice-president for investments at Ivanhoé Cambridge, “There is a lot of pent-up demand and there will be a battle to acquire the good assets. Covid has held back banks and investors, but by September/October the potential could be unleashed.” He said that lenders and investors will be reassured by the high number of reservations for the next academic year and by the fact that there is still a lack of product in most markets, so prices are likely to rise.

Stewart Moore, the CEO of CRM Students, said the pandemic had strengthened the conviction among investors that "in the end, a living product is a safe product.” While there were lingering doubts at the start of the year, those doubts have gone and there is a feeling the sector is resilient. We won’t be able to take a holiday in Q4 this year because a lot of transactions will take place. Investors are waiting to see what happens so after September there will be a lot of activity.”

The CEO of specialist researcher Bonard, Samuel Vetrak, agreed with his fellow panelists. “We have more work because there is more interest in the sector. There’s more capital available as people realise how well the sector has performed. The doubts are fading away and there is more confidence in the asset class. We see reallocation on the parts of investors, and institutions moving into value add and developments.”

Germany was particularly strongly in demand, he said, with €4bn that he knew about waiting in the starting blocks to invest in good opportunities.

Also bullish on the student housing segment is Catella, who recently published their study "Student Housing Europe 2021", and who saw few grounds for pessimism. According to the group's head of research Dr. Thomas Beyerle, "For the current year, we expect investors to remain very willing to invest. They often show little dogmatism, because 'where it says student on it, it doesn't always have to be student in it'. In other words: The demand from the local housing markets is clearly felt by the operators of the properties. The demand for temporary housing continues unabated."