The ‘blended future’ of cities, universities and student housing spaces, the impact of Covid-19 and distance learning and outlook for investment were among the themes at the annual Class Conference on the student accommodation sector last week.

The theme of a blended future was discussed, in terms of a blurring of living, working and learning, how Covid-19 has accelerated this, and what that means for cities, governments, universities, student accommodation providers and investors.

During a panel discussion entitled ‘Graduation from University Cities to Talent Hubs’, Davide Dattoli, Co-founder and CEO of Talent Garden, said it was a challenge to create an environment where people can learn, work and connect.

Discussions at the virtual Class Conference 2020.

He argued, “At the beginning of the year, we thought people might all flee to the countryside. But we are seeing that the cities that are able to be attractive and create a balance between work and life will grow a lot. Here second cities have an opportunity to be more attractive.”

Tim Moonen, Managing Director of The Business of Cities, agreed that there will be more distribution across cities, but cautioned that not all second-tier cities will experience growth and said factors such as infrastructure and coherent branding would be important, giving Manchester (UK), Utrecht (the Netherlands) and Malmo (Sweden) as successful examples.

Davide added that cities will need to “put all players around the table” to create successful strategies for attracting and retaining students.

During a separate discussion on ‘From Spaces to Solutions’, Esther Bahne, Co-CEO and CMO of Quarters, a co-living brand in Europe and North America, argued that cities will need to be more and more flexible to attract and retain talent. Value-driven accommodation brands, a more customer-centric approach and a focus of sustainability were discussed as necessary steps for the student housing sector.

“The city will become the campus” said Martin Paul, President of Maastricht University in the Netherlands and Chair of Young Universities for the Future of Europe, commenting on changes for institutions themselves.

“Going away from the concept that a university is a building or group of buildings on the periphery of the city, to really have small spaces where students can learn, we need to break down walls between faculties, students and citizens. These new learning spaces will become spaces for interaction between citizens, bringing students together with other members of society.” 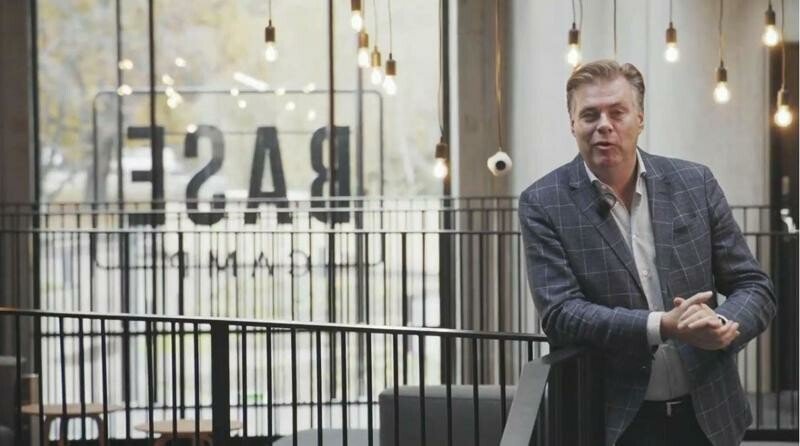 A presentation during the Class Conference 2020.

The purpose-built student accommodation (PBSA) sector has been less affected than other elements of the international education industry, advised Stefan Kolibar, Head of Marketing at Bonard. He gave an overview of recent sector research, revealing that occupancy rates are only down by 10 per cent on average across all residences analysed, although there are large variations between cities.

Brian Welsh, CEO of Nido Student , a PBSA brand which operates 10,000 beds across Europe, revealed that 85 per cent of students they surveyed said they would rather be in their chosen study city, even if they are studying remotely and not face-to-face.

The conference also featured briefing updates on student housing markets across Europe. Delegates heard that Germany has relatively low levels of higher education students accessing PBSA (16 per cent), meaning there are opportunities for development and investment. France, meanwhile, is pursuing ambitious plans to increase the number of international students and is “one of the major untapped markets in Europe” for PBSA. 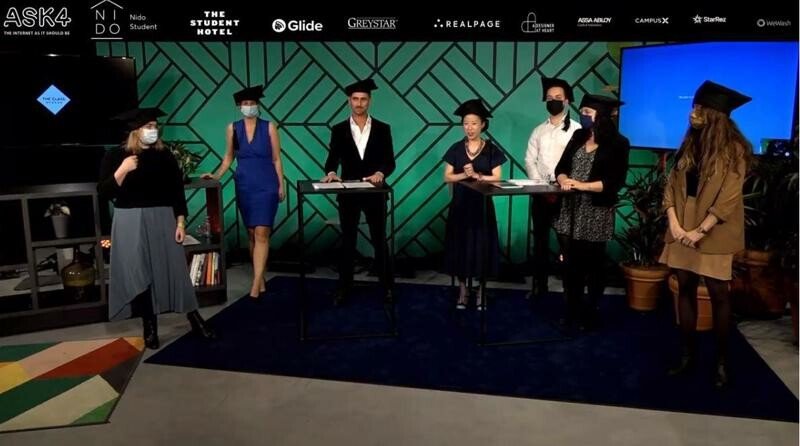 This year's Class Conference was intended as the ‘graduation ceremony’ for The Class of 2020 - which was established in 2011 - but Covid restrictions meant the planned face-to-face event in Amsterdam wasn’t possible and the landmark was celebrated in a virtual setting.

Frank Uffen, Director of Partnerships at The Student Hotel and one of the Founders of The Class of 2020, reflected on how far the sector has come, and said that some of the projects we see now were not imaginable 10 years ago.

Looking ahead, he said, “We have a shared responsibility to push further.” Yoony Kim, Managing Director of the think tank, said the graduation was a new start, and that The Class of 2020 will explore new ways to network and meet and more opportunities for peer group learning.