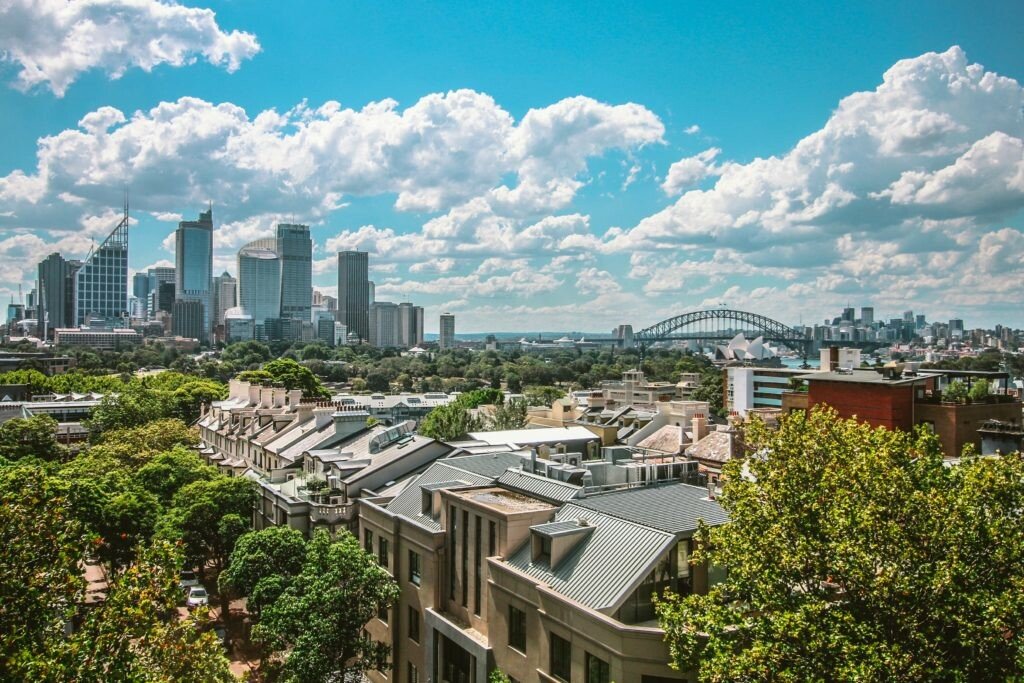 Australia: International enrolments down 17% in 2021; but visa applications now trending up

The number of international students in Australia fell even more dramatically in 2021 than in 2020 due to border closures that lasted until December of 2021.

There were 570,626 students enrolled with Australian educators in 2021, and about half of them were enrolled in higher education. The top five source countries are China, India, Nepal, Vietnam, and Malaysia. 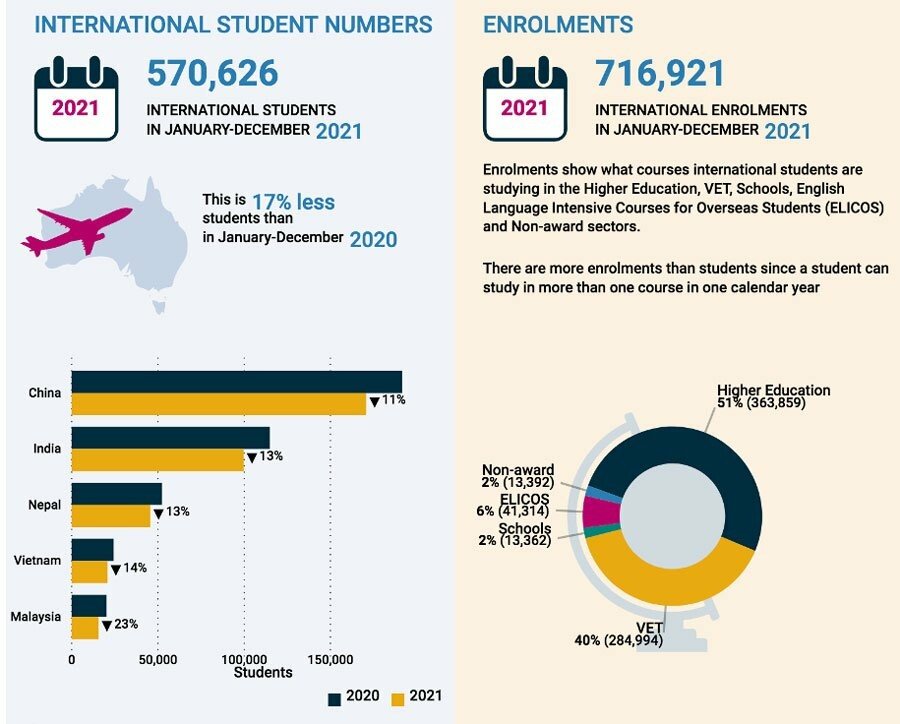 One reason for the 17% drop in 2021 is without doubt the fact that many students would have run out of time/patience for the chance at studying in Australia after months of border closures, since demand for an in-person, on-campus remained overwhelmingly preferred by international students everywhere in 2021. An IDP survey conducted in August and September of last year, for example, found that 81% of prospective international students in 55 countries said they were focusing on overseas on-campus options.

As we can see in the graphic below, a large proportion of international students enrolled in Australian higher education were still studying from outside the country as of 1 December 2021.

Presenting English Australia/BONARD quarterly market insights data for 2021, English Australia CEO Brett Blacker examined the extent to which each sector of Australian education was affected by international enrolment declines. The English-language training sector (ELICOS) suffered by far the most of all sectors from continued border closures. In December 2021, enrolments in ELICOS had fallen by 61% and commencements were down by 58% compared with the same timeframe in 2020. By contrast, higher education saw a 13% decline in enrolments and a 22% dip in commencements, and vocational education (VET) was the least affected with only a 6.5% drop in enrolments (but a larger drop in commencements of 16%). Schools, meanwhile, were, like ELICOS, down significantly in 2021 (-33% in enrolments and -55% in commencements).

ELICOS and schools were impacted the most from Australian border closures in 2021. Source: English Australia

Concerns about China, signs of recovery from Latin America

Chinese student commencements in ELICOS had fallen by 48% in 2021, and Mr Blacker notes that what’s especially concerning is that ELICOS providers and universities are not seeing a “vast increase (from Chinese students) coming into the first few months of 2022.”

ELICOS enrolments and commencements are a key indicator of how the overall Australian international education market is likely to perform over the next several years because it is a pipeline into both the higher education and VET sectors, which enrol the lion’s share of the country’s international students. 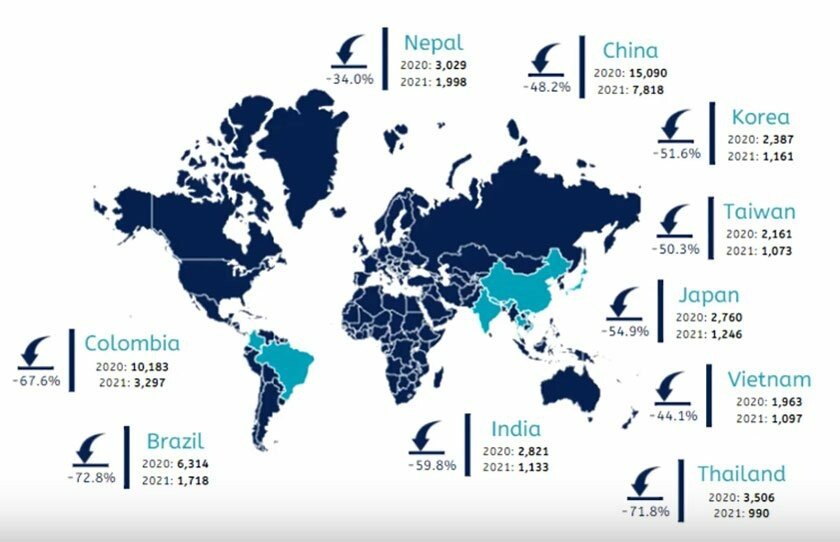 Steep declines were common across all markets for Australia education in 2021, but anecdotal evidence indicates that demand is returning from Latin America and other markets. Source: English Australia

Now that borders are open again, student visa volumes are showing signs of real recovery, although not yet to pre-pandemic levels.

In late 2021, the government temporarily extended work rights for international students and is offering other incentives such as visa application fee refunds until 22 March to entice international students back – especially those for whom affordability and the ability to work during studies are priorities. Last month, we reported that more than 50,000 students had already returned since November 2021.

In particular, the higher education sector looks poised for significant recovery in 2022. Mr Blacker said, “We saw the highest grant growth period on record for December, which included a jump of around 5% in onshore grants and 76% growth in offshore grants.”